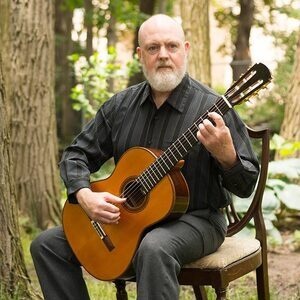 As part of the 2019 Orchard Guitar Festival, classical guitarist James Marron will present a master class. This event is free and open to the public.

Classical guitarist and composer James Marron has established himself through dynamic performances of the latest in contemporary music as well as insightful interpretations of the classics. A graduate of the Manhattan School of Music, Marron has performed in Italy, France, Germany, Ireland, Canada, and throughout the United States.

As a composer, his music has been performed across the U.S., Canada, Europe and Asia. He has received commissions from GroundWorks Dance Theatre, The Cleveland Repertory Project, Summit Art Space and The University of Akron Dance Company. His compositions have appeared in film and television. Publishers include Mel Bay Publishing in the U.S. and Berben Edizioni Musicali in Italy.