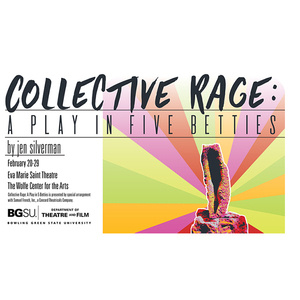 Collective Rage: A Play in 5 Betties

The BGSU Department of Theatre and Film presents Collective Rage: A Play in 5 Betties by Jen Silverman. Broadway World describes Collective Rage by Jen Silverman as "[...] a perfect balance between the really absurd and the absurdly real." The production tells a story about five different women named Betty who collide at the intersection of anger, sex, and the "Thea-Tah".

Free: Weeknights after 6 p.m. and weekends