By Schmidthorst College of Business 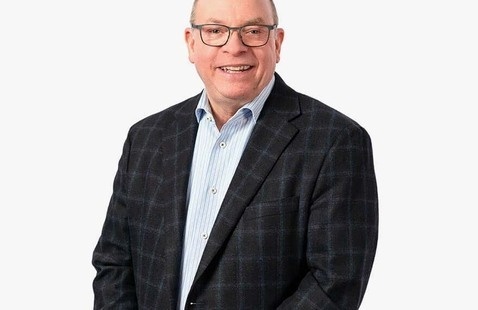 Robert W. and Patricia A. Maurer Center, Schmeltz Atrium View map
Add to calendar
Save to Google Calendar Save to iCal Save to Outlook

Enjoy a free lunch as you listen to the founder and CEO of Hanson Inc., Steve Hanson present a case study on how his business had to pivot during the COVID-19 pandemic.

Steve Hanson is the founder and CEO of Hanson Inc., an integrated marketing agency based in Toledo, Ohio, that celebrated its 30-year milestone in 2021. An accomplished veteran of the advertising and marketing industries, Hanson began his career as a photojournalist, which led him to a brief internship at the White House during the Nixon presidency. While working for a regional newspaper, he took on additional freelance work that was published by UPI, AP, Time, Newsweek and Sports Illustrated. Hanson further honed his communication skills as assistant director of public relations for Bowling Green State University.

From public relations, Hanson segued into advertising and sales promotion as a producer for film, video and multimedia presentations at a Toledo advertising agency before becoming one of the founding partners at Packo, Mitchell, Hanson, & Comer, a leading regional sales promotions agency. In 1991 he founded Hanson Productions Inc., specializing in film and video production, which evolved into Hanson Inc., a digital agency that creates meaningful experiences enabled by technology. In 2009, he led a group that secured the film rights to one of the bestselling books of the 20th century – "The Prophet" by Kahlil Gibran. The movie opened to 90+ cities in 2014 and is still streaming today. In addition to agency life, Hanson actively supports the local community. He sits on the board of directors of several local businesses and contributes resources and professional services to Bowling Green State University, Toledo Fire & Rescue Foundation, the V Project and numerous other organizations.

Hanson graduated from Bowling Green State University with a Bachelor of Science in photojournalism and visual communications.

e-week Open to the general public Lunch and Learn