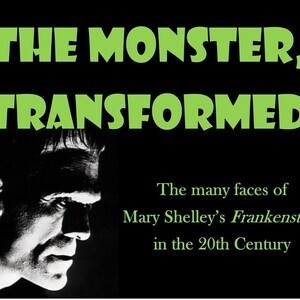 Exhibit - The Monster, Transformed: The Many Faces of Mary Shelley’s Frankenstein in the 20th Century

The Browne Popular Culture Library presents its new exhibit The Monster, Transformed: The Many Faces of Mary Shelley’s Frankenstein in the 20th Century. Mary Wollstonecraft Shelley’s Frankenstein: or, The Modern Prometheus was first published in 1918, and in the 200 years since has become an important cultural touchstone. The Browne Popular Culture Library’s exhibit, on display until November 4, looks at many ways in which Shelley’s text and its famous monster were reinterpreted beginning in the 20th century. The display includes posters, books, toys, comics, and more based on the story of Dr. Frankenstein and his monster.