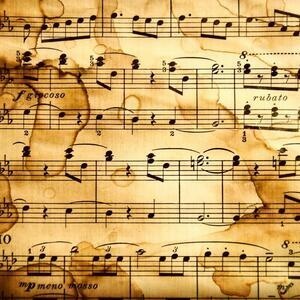 Our weekly Faculty Artist Series presents our Faculty Scholars in lectures on various topics. This event is free and open to the public, and will also be livestreamed.

Another Woody: J.S. Bach in Dixieland
by Dr. Per F. Broman

“no matter what the season was,
this was still a town
that existed in black and white
and pulsated to the great tunes
of George Gershwin.”

This statement by Woody Allen’s character Isaac Davis from the beginning of Manhattan reads like a poem and encapsulates the public perception of Allen’s works as set in New York to soundtracks drawing upon the Great American Songbook and Dixieland jazz. Functioning as non-diegetic music—mood-setting background and transitional music connecting scenes—and as diegetic music for social gatherings, the repertoire reflects Allen’s own interest in Dixieland repertoire. But just as many of Allen’s films are shot outside Manhattan, a large number of his close to fifty auteur films feature western art music, and often prominently so. In these films, Classical music often functions as an upper social-class marker, as characters attend the opera or the symphony, but this repertoire also provides dramatic emphasis or even comic relief. While Allen’s Classical sound world is dominated by opera and by classical and romantic orchestral repertoire, seven of his films feature music by J.S. Bach.

In this paper I analyze the Bach excerpts—in Alice (1990), Another Woman (1988), Crimes and Misdemeanors (1989), Hannah and her Sisters (1986), Irrational Man (2015), Melinda and Melinda (2004), and Small Time Crooks (2000)—and show how several of the cues differ from what is perceived to be typical of Allen’s soundtracks. Bach’s works are used in a wide variety of contexts. For example, they constitute a poignant social commentary, as in their use in the film of Mother Theresa in Alice, and show intertextual relationships with the works of Ingmar Bergman—the filmmaker admired by Allen—in Hannah and her Sisters. In Irrational Man, the use of Bach is an important aspect of the film: several of the main voice-over narrations, including its philosophical underpinnings, occur during Bach’s music. Most often, however, Bach cues provide an instant mode change. But there is paradox in that the jazz repertoire has been carefully chosen, while Bach appears as an afterthought left to a music editor, even for on-the-camera performances, and often in bland, non-significant recordings. But it does not follow that the lack of intention during the production stages diminishes the end result. While for a documentary on Mother Theresa, Mozart’s Requiem could have worked as well, there is something more than the seriousness: the intellectual aspect, the “dynamically active” spirit, which works particularly well in several films, specially Another Woman and Irrational Man.

Mental Health and the Pedagogy of Self-Disclosure
by Dr. Mary Natvig

Studies indicate that mental health issues, such as anxiety and depression, are at increasingly high rates among teens and college students. Music students are not exempt from these issues; nor are professional musicians. One survey puts anxiety and depression rates among musicians as high as 60-70 percent. We can deduce then, that many of music students are experiencing similar issues at a time when they are most vulnerable—away from home, facing academic stress, and at an age when psychotropic medications can exacerbate rather than alleviate symptoms.

Music faculty (especially private teachers) are often “first responders” when students exhibit or reveal mental health issues. While directing students to campus mental health professionals is, of course, the most important action, some faculty, especially those who have experienced mental health issues themselves, may choose to “self-disclose,” a pedagogical tool used in feminist studies since the 1980s. Revealing one’s own experiences, in this case mental/psychological issues, can destigmatize mental health problems for students and provide an environment of care and inclusivity.