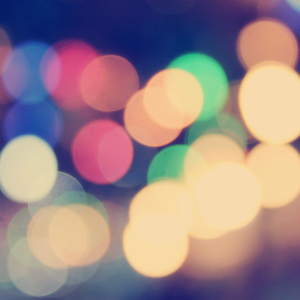 Our weekly Faculty Artist Series presents our Faculty Scholars in lectures on various topics. This event is free and open to the public, and will also be livestreamed.

Abstract: “There have been a number of collaborative singing studies performed at BGSU in recent years, including studies on vibrato, objective measures of different interpretations of sung phrases (art song, arias), classical Iranian tahrir ornamentation, and steadiness in untrained singers, among other topics. The presentation will discuss the primary results of these studies and their pedagogical and artistic relevance.”

Title: “She doesn't twerk, she dances the kamazhai”: discourses on gender and nationalism in Q-pop (Kazakh popular music)

Abstract: Since its independence from the Soviet Union, the republic of Kazakhstan has sought to defend its national sovereignty from possible incursions by more powerful countries, establish itself within the globalized economy, and promote a modern vision for Kazakh ethno-national identity. Since nearly half of Kazakhstan’s population was born after independence (LaRuelle 2019: 2), the role of youth in advancing these nationalist goals is crucial. One way that the Kazakhstani government has sought to engage Kazakh youth in the project of promoting Kazakh national identity and sovereignty is through Kazakh pop (or Q-pop), which presents a youthful image of a cosmopolitan – but ethnically and linguistically Kazakh – nation-state. At the same time, the songs and music videos produced by Q-pop artists also reveal larger discourses about which cultural values should be understood as distinctively and genuinely Kazakh. One particularly compelling issue that arises in these discourses is the intersections between nationalism and gender – in other words, how definitions of Kazakh womanhood connect with ideas about national identity and sovereignty. Since, as numerous theorists of gender and nationalism have articulated, “women’s bodies are often the terrain where national identities are produced, maintained, and resisted” (Balogun 2012: 368) and “discourses of morality and nation are…embodied in the normative policing of women’s sexuality” (Mohanty 1998: 495) the musical and visual language of Q-pop can offer a multilayered view of how Kazakh women are thought to represent the nation, and how representations of Kazakh women indicate the types of beliefs and anxieties that define discourses of nationalism and Kazakh national identity in Kazakhstan today. This paper will examine two Q-pop songs – “Saukele [Bridal Headdress]” by the male duo RaiM & Artur and “Bağynbaimyn [I Won’t Obey]” by the female ensemble JUZIM – in terms of their lyrical, musical, and visual explorations of Kazakh gender ideals, women’s lived experiences, and the points where traditional values and cosmopolitan aspirations collide.