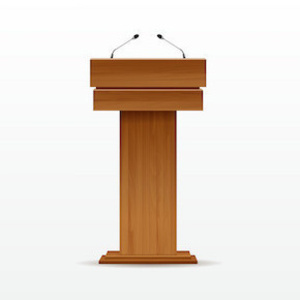 Our weekly Faculty Artist Series presents our Faculty Scholars in lectures on various topics. This presentation has been prerecorded, and may be viewed starting at 8 p.m.

As an archbishop within the current Antiochian Orthodox Christian Archdiocese of North America, Samuel David’s (d. 1958) religious leadership ensured a meaningful connection to immigrants from the Greater Syria region and Arab Americans more broadly while providing musical and ritual models for assimilation. In this paper, we outline examples of community engagement and performed musical gestures that, in different ways, guided Arab-Americans and other immigrants in northwest Ohio and throughout the wider archdiocese. This project utilizes interviews with the archbishop’s descendants and prominent figures in today’s community, archival research in personal collections and church records, and a close analysis of recordings of Archbishop Samuel David’s sung liturgies. The recordings show intentional efforts to negotiate seemingly conflicting values. On one hand, melodies, gestures, and maqam-based chant highlight a connection to the Middle East’s musical traditions. On the other, performative choices emphasize assimilation, modernization, and change.

The physical and conceptual spaces of liturgical maqam performance embed these sounds with symbolic meaning as nostalgia and memory conflate across multiple generations. Just as the Arab-American community struggled with how to maintain a well-rooted identity within a new world of experiences, those who live in metro Detroit and Toledo constantly look backward and forward, inward and outward, to imagine themselves as immigrants, Americans, Christians, Muslims, and more. This project’s examination of Archbishop Samuel David’s legacy and memory brings attention to how individual choices can influence powerful social dynamics, even when they play out across a diverse community like that of Arab-America.

My paper interrogates a little-known sacred concerto, “Ich bin schwarz, aber gar lieblich” (“I am black, but comely”), published in 1664 by Württemberg kapellmeister Samuel Capricornus, as a composition that illuminates early modern German views on blackness. As historian Kate Lowe has shown, the text on which this concerto is based (Song of Songs, Chapter 1, Verses 5-6) was not only read as a spiritual allegory of the Christian Church’s love for Christ, but also emerged as an influential religious and cultural model through which black Africans were viewed. In particular, the adversarial character of the phrase “black, but,” Lowe argues, has significantly contributed to the history of racial formation through its implied contrast between blackness and beauty. While historians of race have begun to examine religious and literary texts in relation to this phrase, they have not yet considered musical settings as equally revealing sources.

As I will demonstrate through my analysis of textual and musical aspects, comparison with other composers’ settings, and discussion of the piece’s courtly context, Capricornus conceived his concerto primarily as a musical commentary on blackness. On the textual level, the composer chose to set only those parts of the verses to music that are entirely concerned with this theme, and further emphasizes its importance by repeating the word “schwarz” no less than twenty-two times. Musically, the piece enforces the contrast between “black” and “beautiful” through the means of its musical rhetoric and highly unusual scoring for solo bass voice, five recorders and continuo. The word “schwarz” is represented by off-beat rhythms and melodic fragmentation through rests (abruptio), echoing a common association of blackness with deformity, and timbrally by the low register of the solo voice, contrasted with high-pitched, overtone-rich instruments.

I argue that this concerto’s musical rhetoric resonates with the deeply ambiguous views on blackness prevalent in seventeenth-century Germany, oscillating between the extremes of desire for and abjection of black bodies. These views become tangible in the “collections” of black court servants, especially musicians, as exoticized commodities that were assembled not only in Württemberg, but also at other German courts during Capricornus’s lifetime.