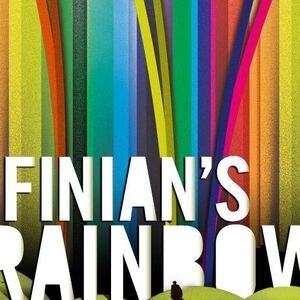 With the hope for a better world through song, dance and the luck of the Irish, Caryl Crane Youth Theatre presents one of Broadway’s classic and most original musicals: Finian’s Rainbow, January 31 – February 3, 2019.

With a sparkling score of beloved standards, and a whimsical story that dances between romance, satire, and fairy tale, Finian's Rainbow is a musical theater treasure. Set in the mythical southern state of Missitucky, Finian's Rainbow pits a charming Irish dreamer and his headstraong daughter against the host of complications that await them in their newly adopted land, giving birth to some of the most witty, charming and heartfelt songs ever written for the stage. The musical's score boasts such classic songs as "Old Devil Moon," "How Are Things in Glocca Morra?," "When I'm Not Near the Girl I Love," "Look to the Rainbow," and "If This Isn't Love."

Written by Burton Lane, Fred Saidy and E.Y. Harburg, this musical comedy satire, which makes you wonder what happens “When the Idle Poor Become the Idle Rich,” is as timely now as when it was written in 1947.

Finian’s Rainbow is the 2019 Caryl Crane Youth Theatre Competition Team production. Having won the Outstanding Production title at last year’s Junior Theatre Festival in Atlanta with The Lion King, CCYT is taking Finian’s Rainbow back in late January to defend its title. The production features 30 students from 11 area schools.

Experience the enchantment of Finian’s Rainbow at Caryl Crane Youth Theatre!  Tickets are $6-12 and are available by calling 419-626-1950 or ordering online at www.sanduskystate.com