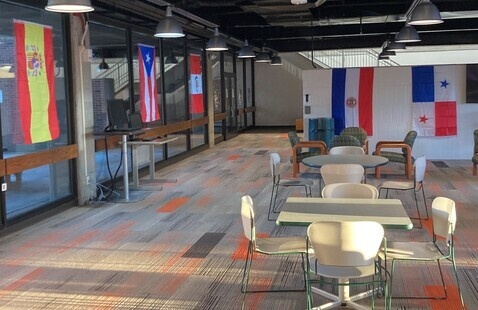 BGSU Firelands, Falcon Square, North Building View map
Add to calendar
Save to Google Calendar Save to iCal Save to Outlook

http://www.firelands.bgsu.edu #bgsufirelands
View map
Add to calendar
Save to Google Calendar Save to iCal Save to Outlook

Enjoy the flags of hispanic and latin american countries.

The month also celebrates the independence days of several Latin American countries, including: Costa Rica, El Salvador, Guatemala, Honduras, and Nicaragua on September 15th, Mexico on September 16th, and Chile on September 18th. They also include holidays that recognize Hispanic contributions such as Virgin Islands-Puerto Rico Friendship Day that is celebrated in the U.S. Virgin Islands.