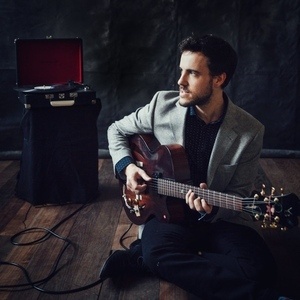 As part of the 2019 Orchard Guitar Festival, guitarist Gilad Hekselman will perform with the BGSU Jazz Faculty. This concert is free and open to the public.

Gilad Hekselman has been developing a reputation as one of the most promising guitarists in New York since his arrival in 2004. After only a few years this native Israeli has shared the stage with some of the greatest artists in the New York City jazz scene including Chris Potter, Eric Harland, Mark Turner, Anat Cohen, Ari Hoenig, Esperanza Spalding, Christian McBride, Jeff Ballard, Ben Wendel, Gretchen Parlato, Avishai Cohen, Jeff 'Tain' Watts, Tigran Hamasyan, Aaron Parks, Becca Stevens, John Scofield, Terri Lyne Carrington, Danilo Perez & Peter Bernstein among many others. Learn more about Gilad's music and career on his website.

Selections will be announced from the stage.