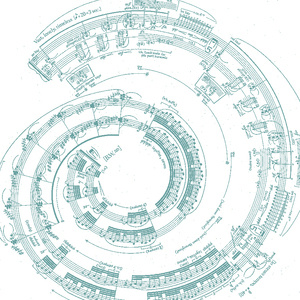 Guest artists William Street and Daniel Kientzy, saxophones, will present a recital in Bryan Hall with pianist Viktoria Reiswich-Dapp. This event is free and open to the public.

Viktoria REISWICH-DAPP, pianist
Viktoria was born in Uzbekistan and grew up in Germany. Viktoria has been lauded for her “high-profile skills”(Frankfurter Neue Presse) and her “enormous pianistic culture and exuberant expressivity” (Badische Neueste Nachrichten). She honed her skills at the University of Music in Karlsruhe, the University of Music Frankfurt/Main, and the University of Alberta from where she holds a Doctor of Music degree in piano performance. Her artistry across a wide range of genres and styles earned her recognition for her performances around the world and makes her a regular guest at New Music festivals and international conferences. Besides winning numerous national and international prizes and scholarships, Viktoria is the first and only performer who has won the highest Canadian graduate scholarship, the prestigious Vanier Canada Graduate Scholarship. Viktoria has recorded several CDs in Germany, Canada, and Poland, and has extensive teaching and vocal coaching experience in three languages. She teaches piano, vocal and instrumental chamber music, and piano literature at the University of Alberta.

Daniel KIENTZY, saxophonist and lecturer
Daniel Kientzy was born in Périgueux in 1951. A professional musician before the age of 16, he played the bass guitar in dance and pop bands. Later, by chance, and almost beyond the age limit, he came into contact with classical music, entering the saxophone class of the Limoges Conservatory thanks to M. René Decouais who admitted him in the middle of the academic year. While attending the Paris Conservatory, he also studied the double bass at the Versailles Conservatory. A year or two later he was playing this instrument with a provincial opera company. He later studied early music and period instruments: the viola da gamba, the crumhorns, the cornamuses and recorders, forming the ensemble Musica Ficta, the repertory of which covered the medieval, renaissance and baroque periods. Various circumstances led him to study acoustics, electro-acoustics, recording techniques and signal processing. This also led him to pursue a doctoral degree in aesthetics, sciences and art technology. His training in contemporary music took place with composers themselves. When the necessity arose, in 1979/80, of devoting himself entirely to contemporary music, he chose the family of saxophones as his sole instrument group. His identification with the avant-garde and the absence of a repertory very soon led him to become the ‘inventor’ of what we now know as the modern saxophone. He undertook unprecedented research into the seven members of the saxophone family. Thanks to impeccable logic, a rare eye for detail and remarkable intuition, he succeeded in establishing a fundamental renewal of the potential of these aerophones, a renewal that concerns both tone-colour and expression. The fruits of his research are to be found in several works, most notably the monumental and revolutionary Saxologie, a book unique in the history of music.

William STREET, saxophonist and lecturer
William Street has performed and lectured in Belgium, Canada, Croatia, Federation of Russia, France, Great Britain, Japan, Italy, Mexico, Spain, the People’s Republic of China, Taiwan, Thailand, Ukraine and the USA. He tours with pianists Roger Admiral, Ian Chen and Viktoria Reiswich-Dapp and the Quatuor International de Saxophones emphasizing the importance of both solo and chamber music making. Recent chamber performances took place in Alberta (Edmonton, Red Deer, Camrose, Calgary, Lethbridge), as well as in the US mid-west in Minneapolis, Minnesota and Champaign, Illinois, California, Taiwan, Thailand, Croatia and China, Bordeaux and Strasbourg, France. He is Past President of the North American Saxophone Alliance and the International Committee of the World Saxophone Congress.  Currently he serves as Professor and Chair of the Department of Music at the University of Alberta.