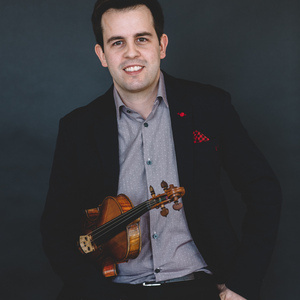 Guest artists Jamie Gorgojo, violin, and Kay Kim, piano, will perform a recital. This event is free of charge and open to the public.

Dr. Jaime Gorgojo frequently appears as a soloist and chamber musician both nationally and internationally. Recent appearances include recitals at the Myra Hess Memorial Concert Series, Grand Teton Music Festival, Strathmore Hall in Washington DC, and Chicago Symphony Presents Chamber Music, solo and in collaboration with artists such as Yo-Yo Ma, and Emanuel Ax. Dr. Gorgojo is a 2018 recipient of the Individual Artist Grant from City of Chicago to produce the recording of an album titled “Iberia,” featuring Spanish and Georgian music for violin and piano. Dr. Gorgojo combines his performing career with a vocation for pedagogy and an entrepreneur vision. He is Violin and Chamber Music Professor at North Eastern Illinois University in Chicago, and Artistic Director of CCMF (Chicago Chamber Music Festival), a summer program for young talented musicians, currently in its fifth season. During the summer of 2017 he was violin faculty and concertmaster for the Hawaii Performing Arts Festival in the island of Hawaii, and in 2018 he will teach master classes in Bowling Green State University.

As an active chamber musician, pianist Kay Kim enjoys concertizing domestically and internationally each season. She performed in recitals with the members of Chicago Symphony Orchestra, New York Philharmonic Orchestra, Metropolitan Opera Orchestra and Paris Opera Orchestra, Chicago Chamber Musicians, the recipients of Stradivari Society Award, as well as with the faculties of the Juilliard School, Northwestern University and Indiana University among others. She has been one of the pianists of Chicago Symphony Orchestra’s conductor’s rehearsals for over a decade working with many distinguished conductors including Riccardo Muti, Daniel Barenboim, Bernard Haitink, Mafred Hoeneck and Stéphane Denève and performed in CSO’s subscription concerts conceived by Pierre Boulez.