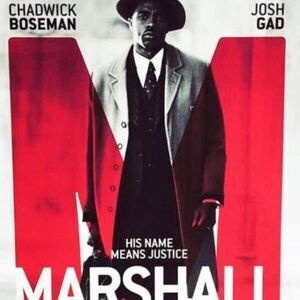 Directed by Reginald Hudlin and starring Chadwick Boseman, Marshall is about Thurgood Marshall, the leading NAACP lawyer from 1938-1961 whose victories include the landmark Brown vs. Board of Education of Topeka decision, and who became the first African American Supreme Court justice in 1967. To illuminate Marshall as a person, the film concentrates on a case early in his legal career when he represented a black man accused of rape by his white female employer.