By Office of Multicultural Affairs 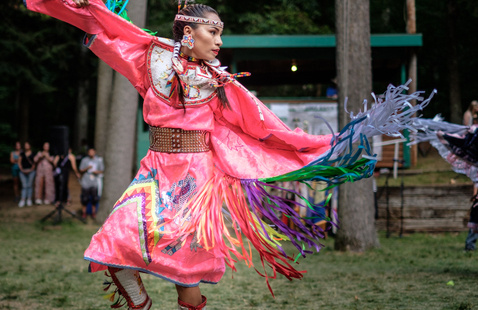 Bowen-Thompson Student Union, Multipurpose Room (228 BTSU) View map Free Event
Add to calendar
Save to Google Calendar Save to iCal Save to Outlook

The Native American Heritage Month Kickoff is a free event on November 1, 2018, from 6:30 to 8:00 pm, in the Multipurpose Room of the Bowen-Thompson Student Center (228 BTSU). Adam Sings in the Timber is a documentary photographer and filmmaker. Adam believes that documenting Native American life is the main purpose of his life as a photojournalist. He wants to capture all the nuances of Native Americans and to present them to the non-Native world as well as preserve them for future generations of Native American. His work has appeared in Indian Country Today, Native People’s Magazine, The New York Times, USA Today, The Virginian-Pilot, The Great Falls Tribune, The Billings Gazette, the Montana Tourism campaign, and various publications throughout the world. His work has been on display at the Paramount Theater in Seattle, the University of Illinois at Chicago, The Trickster Art Gallery, and multiple times at The Harold Washington Library in Chicago.

Performances and Exhibits Workshops and Classes