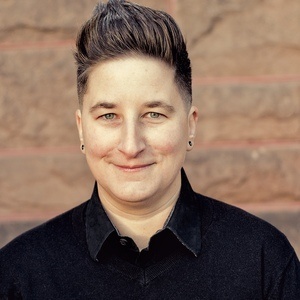 Next Gen Conversation with Jen Manion

Join Student Engagement, Diversity and Inclusion in conversation with Jen Manion, Associate Professor of History at Amherst College and author of Female Husbands.

Long before people identified as transgender or lesbian, there were female husbands and the women who loved them. Female husbands - people assigned female who transed gender, lived as men, and married women - were true queer pioneers.

Moving deftly from the colonial era to just before the First World War, Jen Manion uncovers the riveting and very personal stories of ordinary people who lived as men despite tremendous risk, danger, violence and threat of punishment. Female Husbands weaves the story of their lives in relation to broader social, economic and political developments in the United States and the United Kingdom, while also exploring how attitudes toward female husbands shifted in relation to transformations in gender politics and women's rights, ultimately leading to the demise of the category of 'female husband' in the early 20th century. Groundbreaking and influential, the book offers a dynamic, varied and complex history of the LGBTQ past.

This conversation will examine womxn's history through an intersectional, queer and trans lens. Please join us on Instagram Live @officialbgsufirelands

I didn't realize the format was on Instagram and was unable to attend because of that. Very disappointing as I was looking forward to the presentation