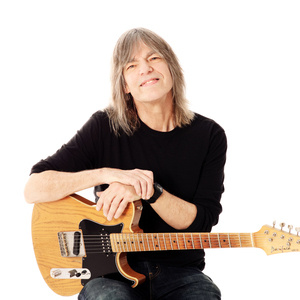 To a generation of contemporary jazz guitar aficionados, Mike Stern is regarded as one of the true guitar greats of his generation. A player of remarkable facility whose searing lines are informed mainly by bebop and the blues while also carrying a rock-tinged intensity, Stern made his mark with Miles Davis in the early ‘80s before launching his solo career in 1985. Since then he has released 17 recordings as a leader, six of which were nominated for GRAMMY® Awards. His latest, Trip, is his first since recovering from a serious accident in the summer of 2016 that left him with two broken arms and nerve damage in his right hand that prevented him from even holding a pick. But Stern is back on top of his game, playing with typical authority and prodigious chops on this all-star outing, which features such longstanding colleagues as trumpeters Randy Brecker and Wallace Roney, saxophonists Bob Franceschini and Bill Evans (a bandmate of Mike’s in Miles Davis’ ‘comeback band’ of 1981), bassists Victor Wooten and Tom Kennedy and drummers Dave Weckl, Dennis Chambers and Lenny White.

Mike will be giving a performance with BGSU Jazz Faculty at 8 p.m. Tickets can be purchased here.

The full schedule of events for the festival can be accessed at BGSU.edu/GuitarFestival

$3 for students/children, $7 for adults in advance; $10 all tickets, day of performance. No charge for BGSU students with ID.